Every Gillian Flynn novel I read is like a psychological experiment I conduct on myself. Now that we are all on the same page on the fact that privacy is a myth in this age, let me share something the IT giants of this world already know about me. After reading Sharp Objects, I googled “Is Gilliam Flynn a psychopath”. 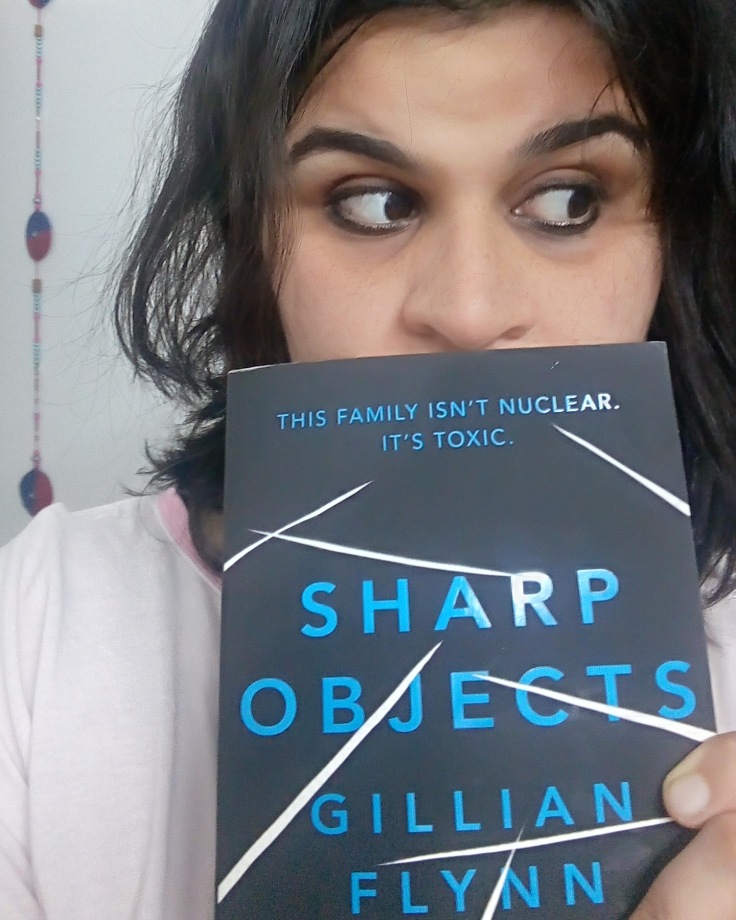 My search may have thrown up reassuring articles about how happily married she is and how she wears grey sweatpants and green socks, but I will never be entirely convinced. Green socks sounds like exactly the kind of thing a psychopath would wear to throw you off their scent.

From dead babies, to self-harm, to drug abuse, to bone-chilling murders, you name a haunting nightmare you have and this book will probably feature it. And to think it is only Flynn’s debut novel.

You probably know Flynn better as the author of Gone Girl. Full disclosure, unlike Gone Girl, Sharp Objects does not have that gasp-moment at the big reveal of the whodunnit. But what the book lacks in true mystery, it makes up for in the actual nightmares it gives you. The interview I read said that Flynn would watch Hollywood musicals after a session of writing her book to purge herself of the dark thoughts it gave her. I wish now that I had read the interview before the book because i just spent a week living under a cloud of Dark.

Years ago, I had picked up Gone Girl as a challenge as well. I remember it came out within weeks of my wedding and the marketing line was, “Don’t read this if you are a newlywed”. Naturally, that made me instantly buy it off the shelf at full price.

And while my marriage survived Gone Girl (thank you very much), my husband tells me I used to surface out of every reading session visibly shaken. He was in for an action replay this week.

I hope all my marketing of “Don’t read this if you like being sane” has worked on you. Excuse me while I go and watch a month of stand-up comedy to purge this book out of my system. Apparently, waking up one’s husband at 4am because there is an old smiling woman in a white nightgown lurking near the bed, is injurious to marriage, as I have been informed.